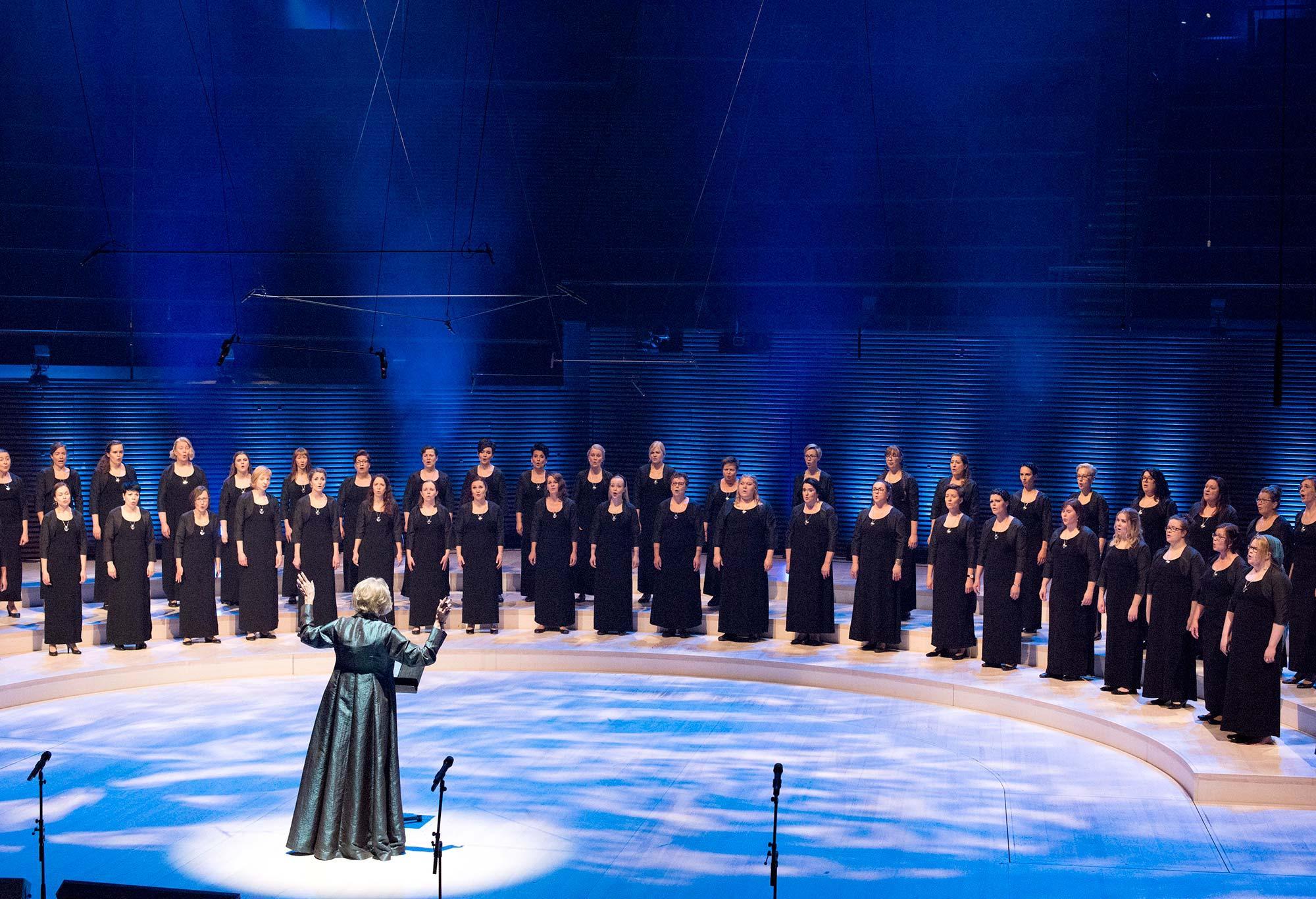 Philomela is a world-renowned Finnish choir and an ambassador for Finnish music. They have performed in Tampere often and have fond memories of their experiences – for one thing, Philomela won the Grand Prix in the Chorus Review at the Tampere Vocal Music Festival exactly 20 years ago, in June 2001.

In the 2000s, Philomela have toured Europe and also Japan, Canada, Kenya, China, Cuba, Malaysia, Zambia, Singapore, Taiwan and the USA. They have won several choir competitions and have been active in bringing contemporary Finnish music for women’s choir to all parts of the world.

In 2013 and 2015, Philomela won championship titles at the European Choir Games and the World Choir Games.

Marjukka Riihimäki has conducted Philomela since 1984 with a determination to push the choir to ever greater heights. Her work is informed by a passion for music that drives her to call for more feeling and full commitment from her singers. Marjukka has an infectious enthusiasm and cordiality. She was awarded the honorary title of musiikkineuvos by the President of the Republic in 2009, having previously been named Choir Conductor of the Year by the Finnish Choral Conductors’ Association in 2006 and awarded the Kekrinpäivä merit prize of the Kalevala Society in 2006. She was also awarded the grand prize of the Finnish Cultural Foundation for renewing Finnish choral culture and for promoting singing among adults and children alike, in 2019.

This virtual concert is a compilation of highlights from Philomela’s 35th anniversary concert at the Music Centre in Helsinki in November 2019. For this occasion, Philomela commissioned music from composers who each weave their own kind of magic. The programme also celebrates 19th-century Finnish social activist Minna Canth and the album Samsara, created in collaboration by Philomela and Anna-Mari Kähärä.