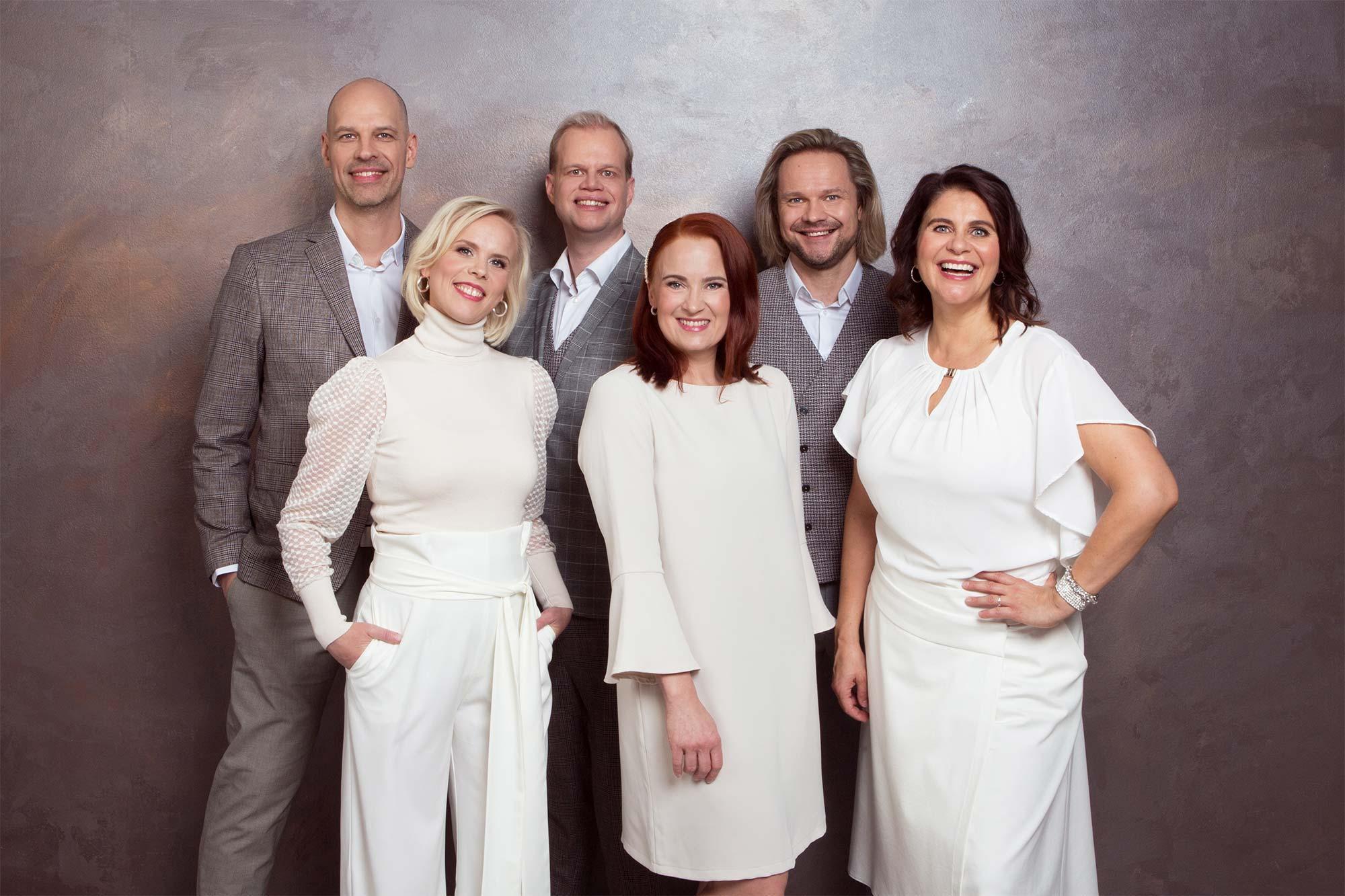 The Tampere Vocal Music Festival offers a unique opportunity to hear the members of the Rajaton vocal ensemble discuss the music they perform. Each of the six singers has selected a piece of music of particular significance to them along the ensemble’s career spanning more than two decades. Along with performances of these pieces, Rajaton members talk about the songs, about music in general and about the mysteries of ensemble singing. The recording was made acoustically in rehearsal conditions.

Founded in 1997, Rajaton have established themselves as Finland’s longest-lasting and internationally best-known a cappella ensemble. They are particularly known for their embracing of a wide range of musical styles, for their disregard of musical boundaries and for their constant capacity for renewal.

In the course of their career, Rajaton have given concerts in more than 50 countries on five continents, appearing at some of the most distinguished venues in the world, from Carnegie Hall in New York City to the Opera House in Sydney. True to their name, which means ‘boundless’ in Finnish, Rajaton have never focused on any specific musical style, instead taking in genres from pop and jazz to folk music and classical music as well. From early on, Rajaton have made a point of performing original repertoire written and arranged for them, principally by ensemble members themselves.